The St. George Serbian Orthodox Church was established by the Serbian community of Niagara Falls, Ontario, Canada in 1954.

Until the establishment of the Serbian Orthodox Church School Congregation in Niagara Falls, faithful Serbs from the Niagara Peninsula belonged to the Serbian parish of Hamilton. The priest in Hamilton at that time was Father Djura Vukelic (from December of 1948) who was visiting Serbian families in Niagara Falls, performed all sacraments and offered prayers for their well being. According to testimonies of those who remember those times, some Serbians from Niagara at times invited Father Miodrag Djuric from Lakawana, New York to perform those ceremonies. 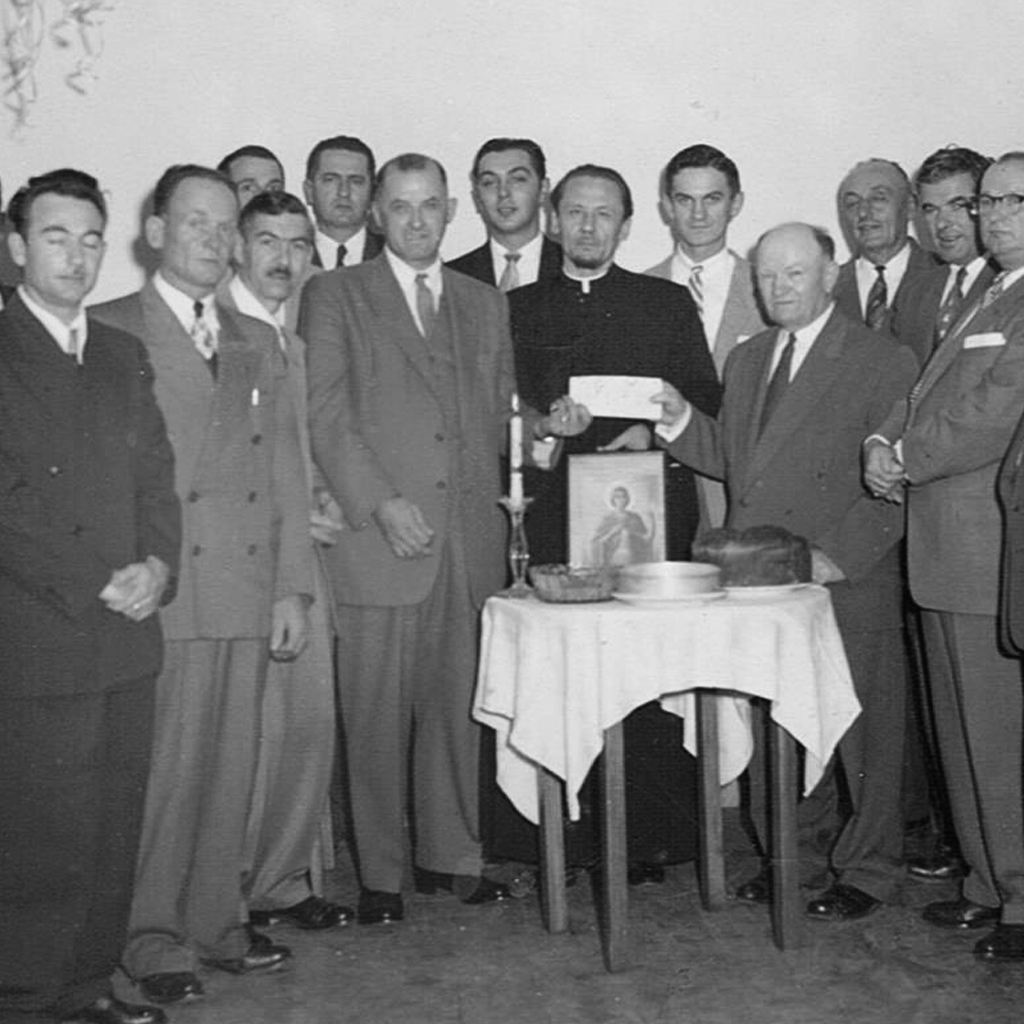 Immediately upon establishment of the Serbian Orthodox Church School Congregation in Niagara Falls, people, knowing that there is no church life without a priest, began to talk about appointing a priest in the newly formed parish. A letter was sent to his grace Bishop Dionisije to inform him of the establishment of the parish and of the urgent need of a priest.

Regretfully, the copy of that letter is not available, but the minutes record from the meeting of the church congregation held on March 29, 1953 in the Serbian Hall on 1967 Main Street, testify to that fact. The minutes record shows that in addition to the letter to his grace Bishop Dionisije, a letter was also sent to his grace Bishop Nikolaij Velimirovic, inviting him to officiate the first Holy Liturgy in the new Niagara Parish.

Here is an excerpt from the minutes record:

"The president asked brother George Bulat, the secretary, to read the copy of the letter that was sent to his Grace Bishop Dionisije, requesting a priest. The letter- reply from his grace Dionisus- was read as well, in which he expressed his good wishes and congratulations to the new Church-School Congregation. Secretary Mr. Bulat read the copy of a letter sent to Father Djuro Vokelic to let him know that we established a Church-School Congregation in Niagara Falls, and that we wish to get a priest who will be able to serve the people of this area so that Father Djuro won't need to travel from Hamilton any longer. A letter sent to his Grace Bishop Nikolai in which he was invited to officiate the first Holy Liturgy and partake in celebrating the establishment of our new Church School Congregation was read." 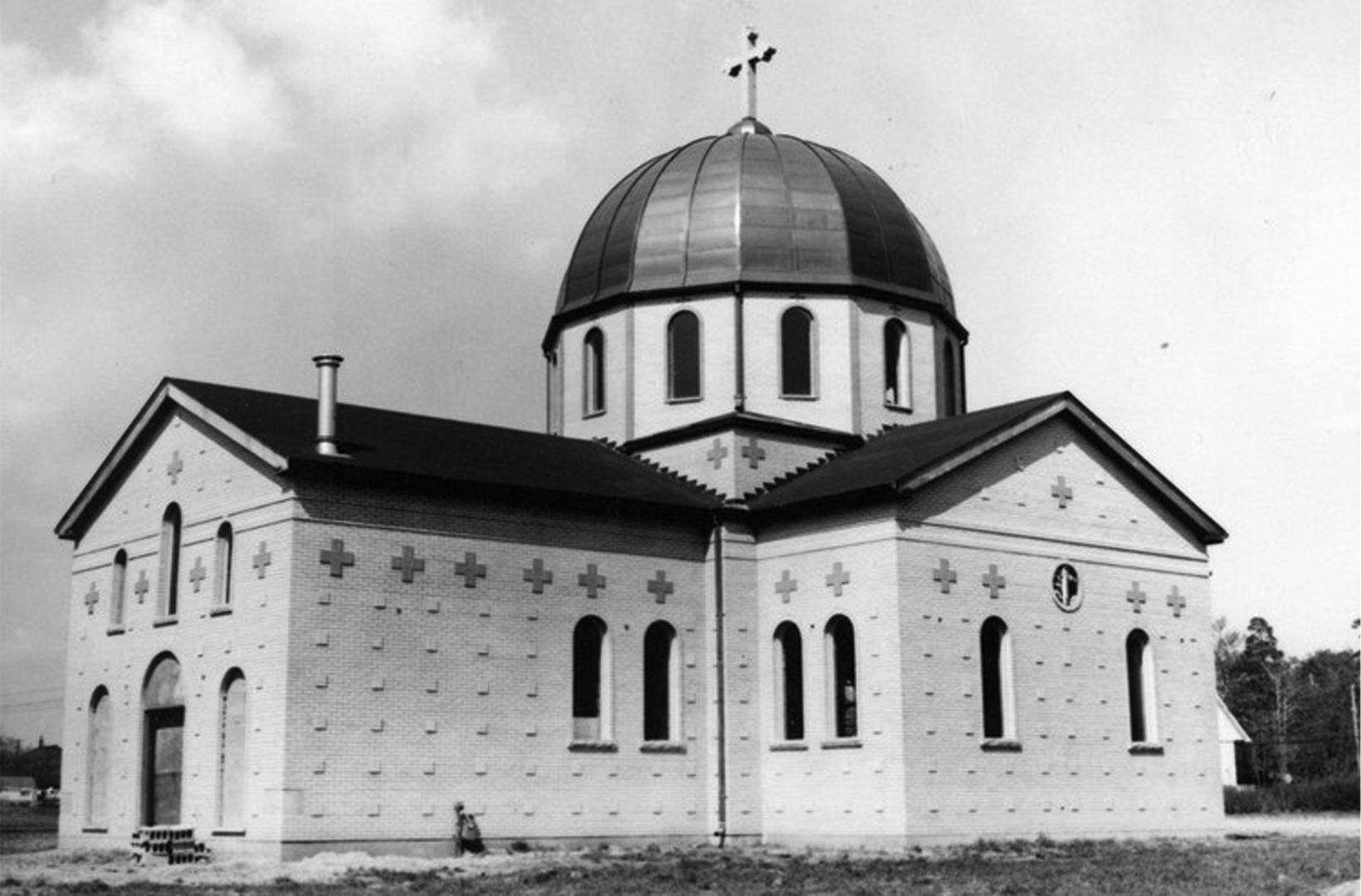 Whether Bishop Nikolai Velimirovic came for that occasion or not is not certain because there is no written evidence about it, but it is very clear that Serbian people of Niagara at that time often talked about the need to appoint a priest in order to improve church life.

From the minutes record of another meeting it is evident that no priest was present until the following meeting held on June 7, 1953, when the prayer was read by Father Palic. Although Father Palic was present at that meeting it appears from the discussion that he was only visiting, since most of the talk was about appointing a priest. A number of letters of applications for the position of a priest was read, among which there was a letter from Father Slavko Nicetin from Austria. He wanted to come to Canada to stay.

It was decided to collect money and find out about the procedure to bring a priest from Austria. But on the following meeting held on July 5,1953 a letter from Bishop Dionisije was read in which he recommended Father Nikola Stojisavljevic as a good and exemplary priest. On subsequent meeting held on August 2,1953 there was another discussion about Father Nikola Stojisavljevic who eventually became the first Serbian priest in Niagara Falls.

Father Nikola Stojisavljevic appeared for the first time on the monthly meeting of the Church-School Congregation held on September 13,1953. He remained in Niagara Falls almost 3 years but moved from the area due to health concerns.

On June 3, 1956 another meeting was held in order to decide the appointment of a new priest, Father Ljubomir Stojanovic. 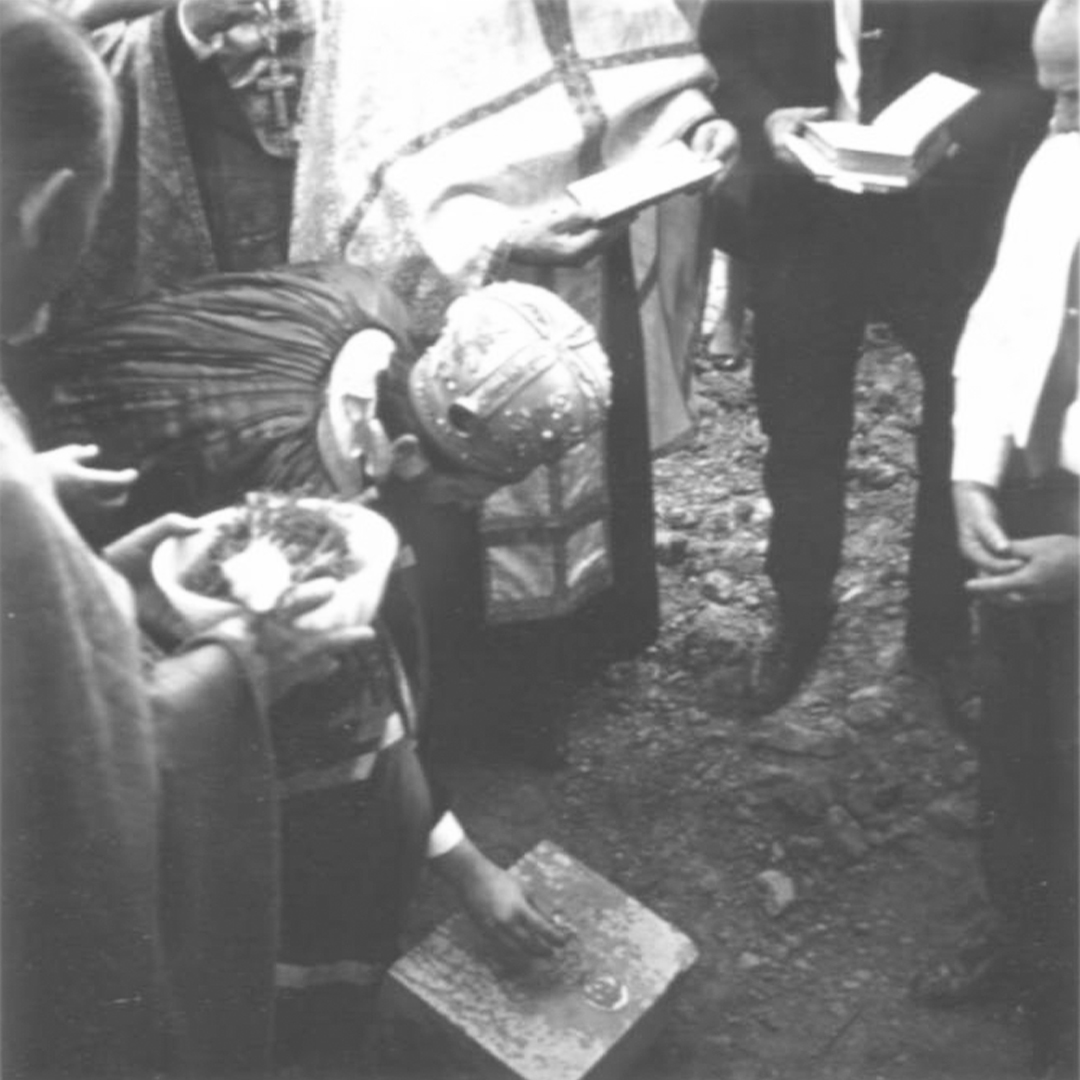 Father Ljubomir Stojanovic remained in the parish until January 19, 1964 when after the split in the church he declared his loyalty to Bishop Dionisije. The board of the church congregation began the search for another priest. Father Zarko Mitrovic, who had just recently arrived from France and had settled in Hamilton, was contacted. The board appointed Mr. Sava Tanjurdjic and Mr. Vasilj Markus to talk to father Zarko. They asked the priest to come to Niagara Falls for the celebration of St. Sava (end of January) so that people would have an opportunity to meet him. Father Zarko was ordained in Toronto on February 6, 1964 as a deacon and three days later as a priest in Chicago.

This parish prospered with father Zarko until January 12, 1975 when a banquet was organized in the honour of his retirement. At the monthly meeting held on January 19, 1975 the name of father Bogdan Zjalic appeared for the first time within the minutes record of that meeting. Father Zjalic remained in this parish until December 1, 1980. 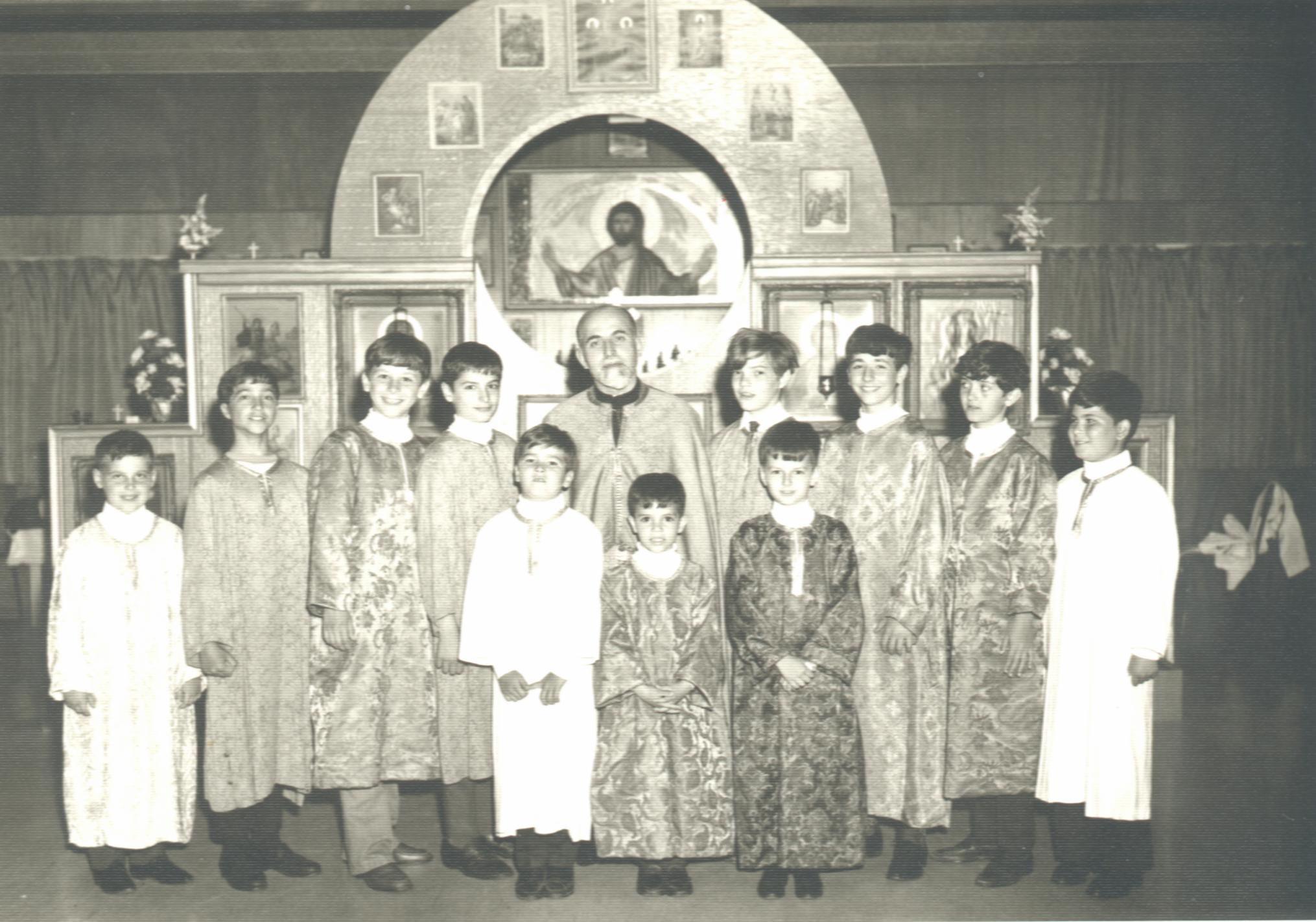 Father Ozren Tucakov was appointed on December 15, 1980. He was in West Germany at that time and the procedure and paper work lasted until June 17, 1981 so that parish did no have a permanent priest all that time. Father Ozren remained in the parish until November 30, 1983.

Father Neil Connaught from the Hamilton Russian Orthodox Church was filling in whenever he was needed as we were waiting for Father Ozren to come from Germany. Father Neil was mentioned for the first time in the minutes record at the meeting held on February 5, 1984. He remained our priest until the arrival of Father Vasilje Tomic. 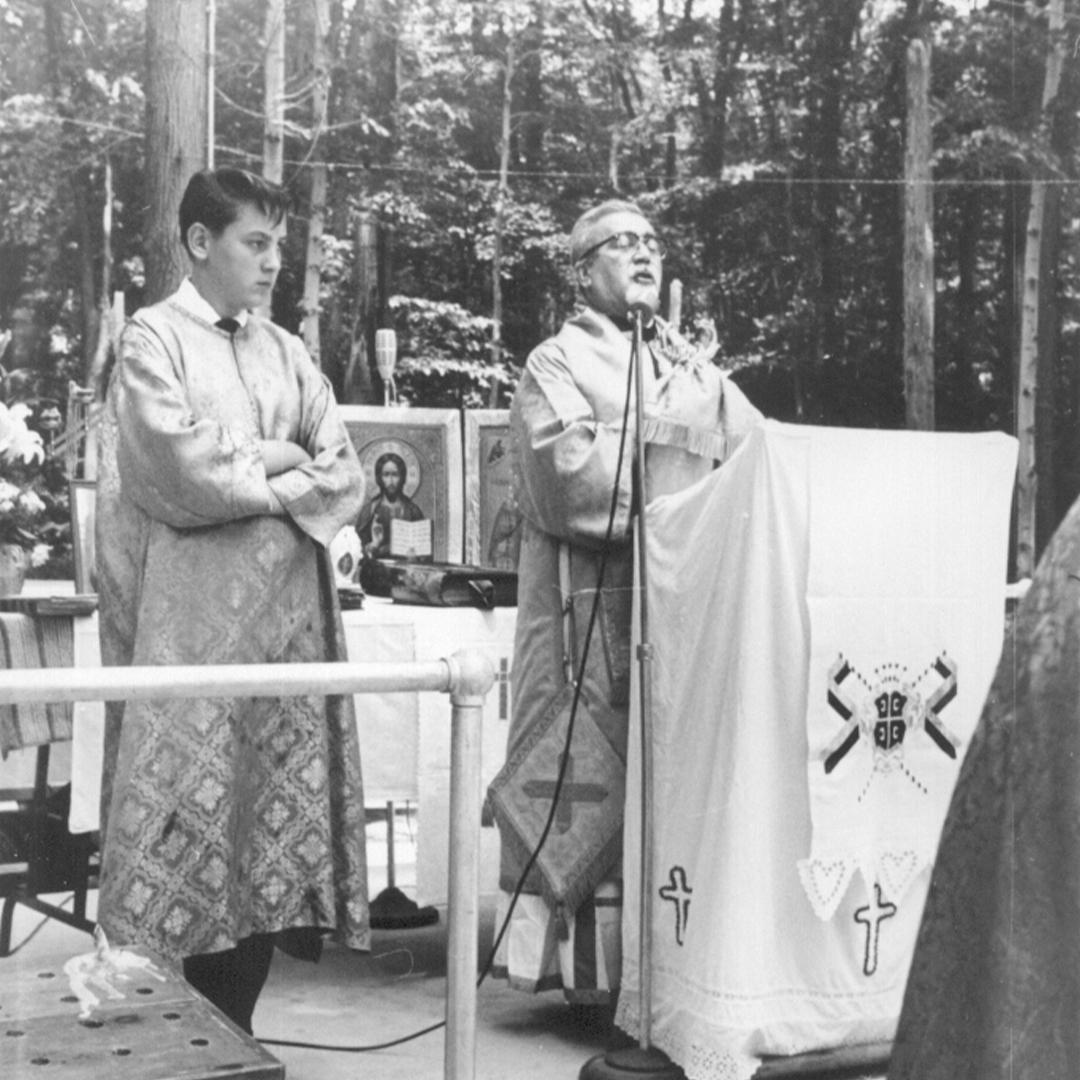 Father Uros Todorovic served the parish until the end of the year 1989. On the regular yearly meeting on January 21, 1990 in the presence of his grace, Canadian Bishop Georgije, the arrival of a new priest was discussed.

Father Milutin Knezevic, iguman from the monastery Kaone, student of St. Sava School of Theology in Libertwill, served in this parish until arrival of Father Milos Milovanovic.

Father Milos Milovanovic was selected at the monthly meeting held on April 29, 1990. There were seven applicants who applied for the advertised position. Father Milos was selected by the secret ballot. He remained in the parish until July 11, 1999 when he was replaced by Father Svetislav Mirolovic. Father Svetislav Mirolovic served in this parish until the arrival of Father Dejan Obradovic. 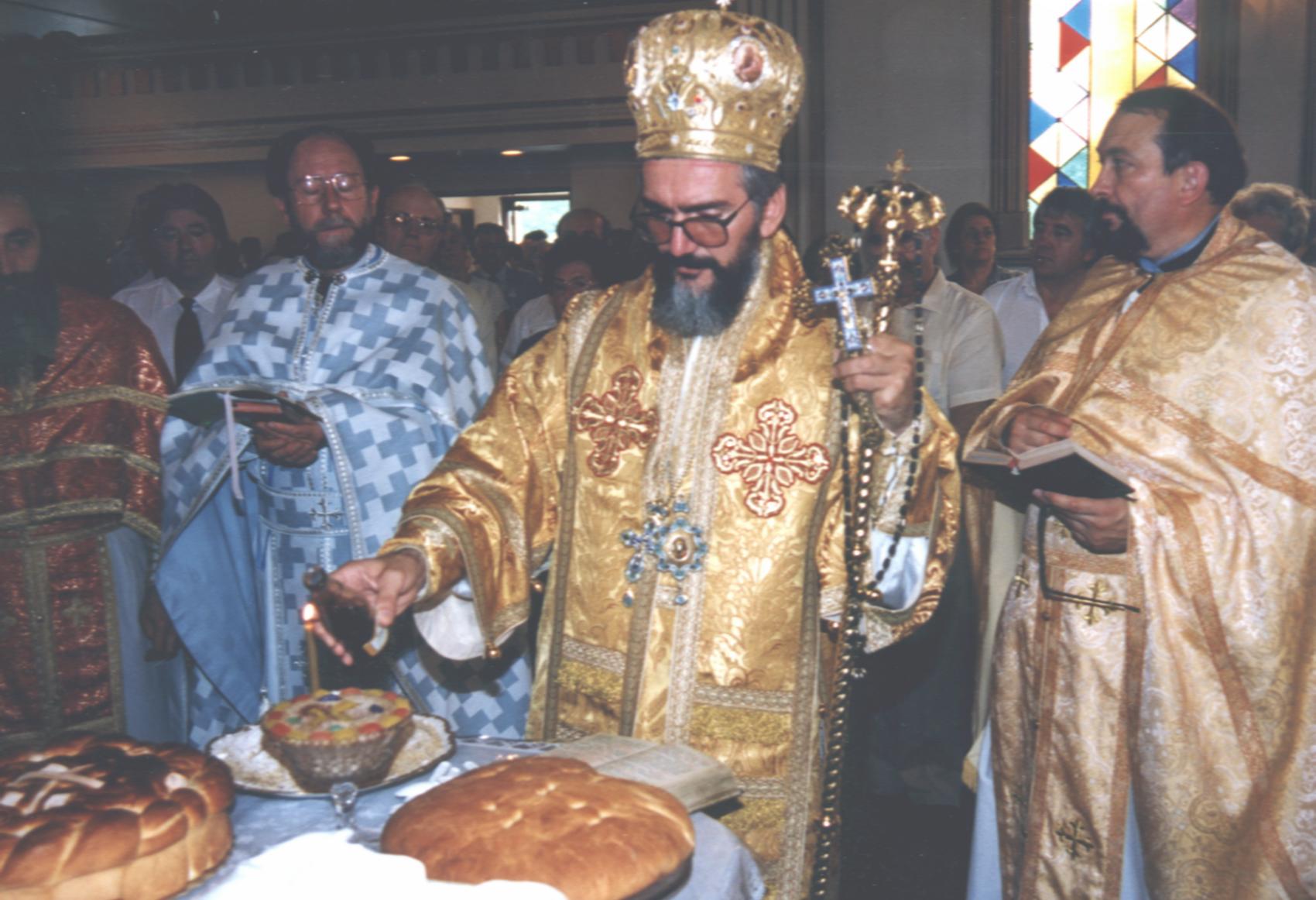 Father Dejan Obradovic was appointed as a parish priest of January 1, 2000. The following day on Sunday January 2, 2000, his grace Bishop Georgije, together with Father Dejan, officiated Holy Liturgy in the St. George Serbian Orthodox Church in Niagara Falls and for the first time introduced Father Dejan to Niagara parishioners and wished him well in his future work. 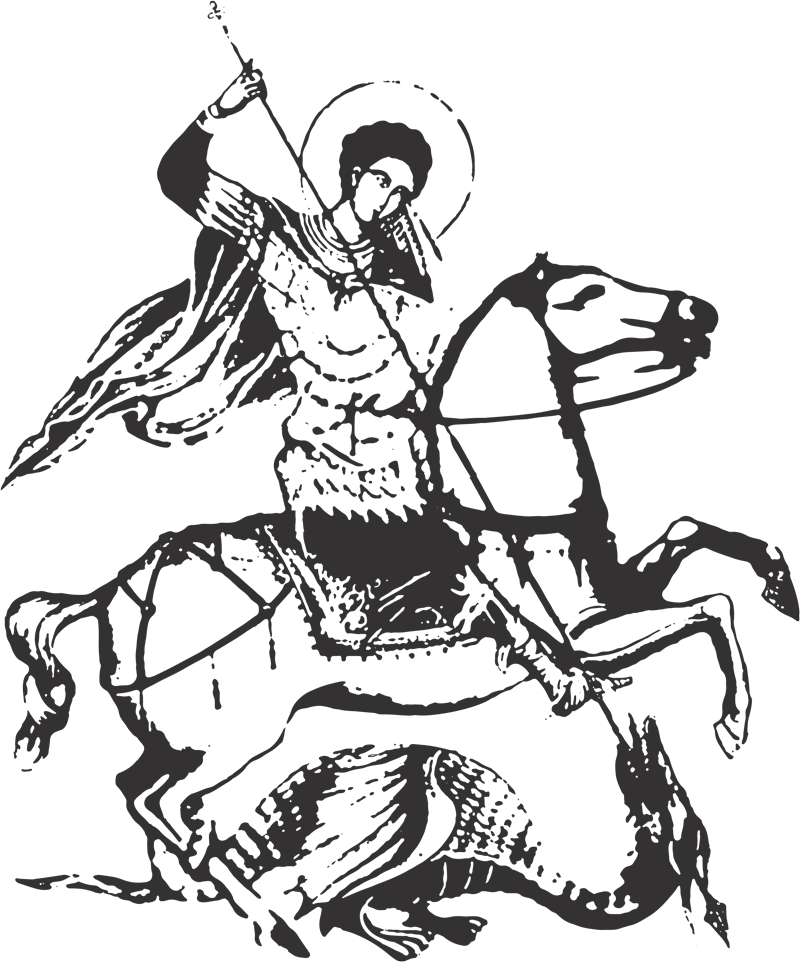